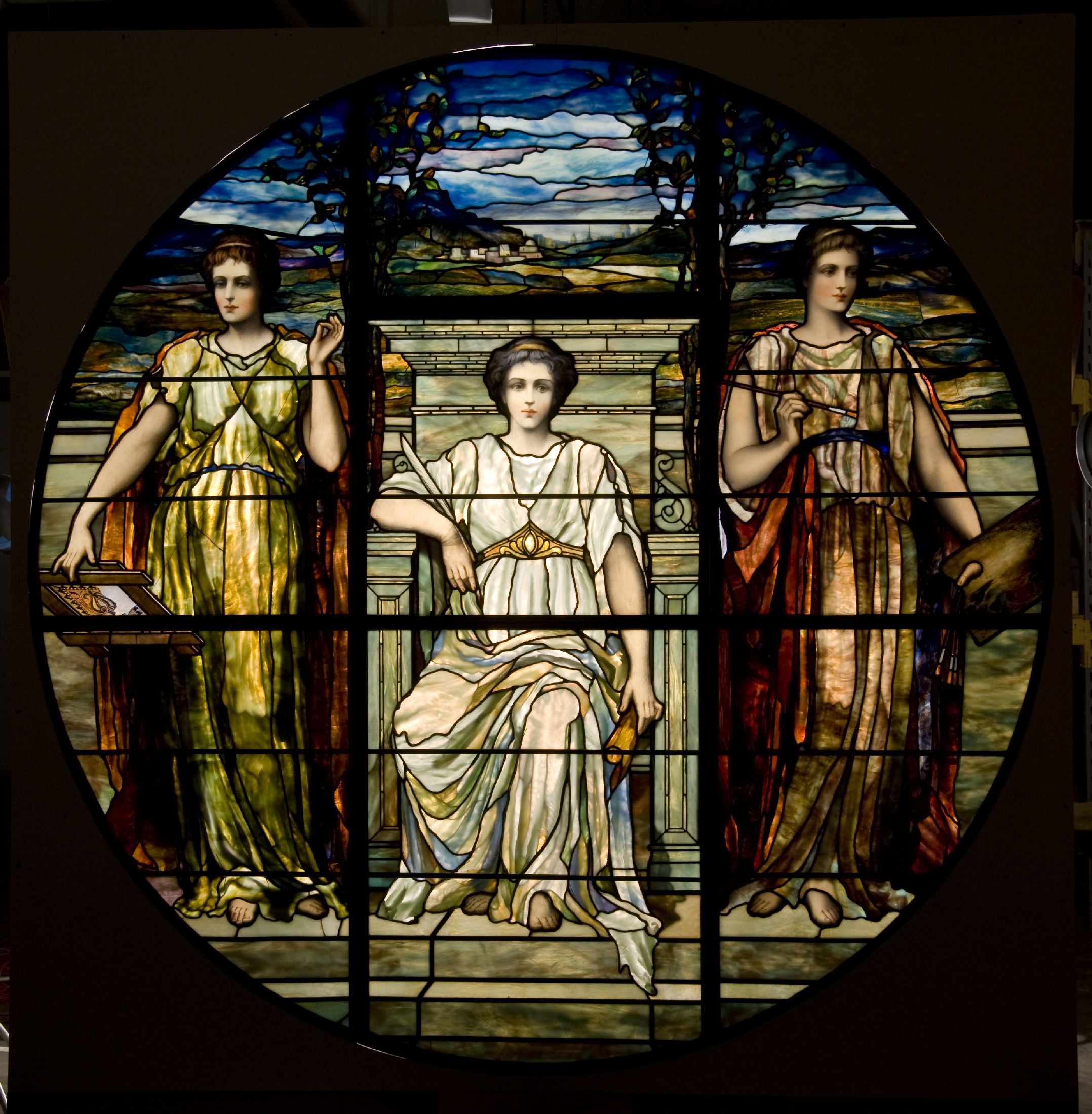 The Arts window, c. 1894, by J. & R. Lamb Studios is the centerpiece of the exhibition Revival & Reform—Eclecticism in the 19th-Century Environment. Made for exhibition, the window depicts three idealized robed female figures on a classically styled stage. The landscape in the background recalls the classicism of the Renaissance. Each figure represents a category of art: the figure on the left represents textile art (needlepoint); the center figure, literature; and the figure on the right, painting. The window—on view for the first time at the Morse in this exhibition—was once displayed in La Belle Verriere, a Winter Park restaurant which Jeannette Genius McKean designed using a number of leaded-glass windows from the Morse’s collection. Lamb Studios is the longest continuously running stained-glass and ecclesiastical art maker in the country. It was established in 1857 in New York’s Greenwich Village by Joseph (1833–98) and Richard Lamb (1836–1909)—the British-born sons of a landscape architect. The firm eventually passed to Joseph Lamb’s sons, Charles Rollinson Lamb (1860–1942) and Frederick Stymetz Lamb (1863–1928) in 1885, and remained in the Lamb family until acquired by employee Donald Samick in 1970.