Among the most fascinating objects in the Museum’s Tiffany collection are the brilliantly colored windows, mosaics, marble, jewels, glass, stone, and furnishings that make up the chapel interior Tiffany created for the 1893 World’s Columbian Exposition in Chicago It was Tiffany’s work at this exposition, and most especially the chapel, that clearly established him internationally as one of the leading artists/designers of his era.

The Museum’s Tiffany collection also includes a large number of pieces originally housed at Tiffany’s Long Island country estate, Laurelton Hall. Handpicked by Tiffany to be displayed there, this important group distinguishes the Morse’s collection from any other. The Laurelton Hall materials include the artist’s most prized paintings, art glass, pottery, and furniture as well as windows, lamps, and other objects that made their debut at international expositions and later adorned his home.

The variety of the Morse’s Tiffany holdings range from his famed leaded-glass windows and lamps to the glass buttons his firm fashioned to make even life’s most humble objects expressions of beauty. The collection in addition includes examples that define him as a painter, decorator, architect, photographer, and landscape architect, as well as a designer of ceramics, furniture, enamels, jewelry, and mosaics. Its breadth encompasses not only masterpieces such as the 1893 chapel that he designed personally but the works that he supervised and controlled after he created his studio operation and established its great popular success. Because of Tiffany’s deep personal involvement, Tiffany Studios was able to produce high-quality objects in a great variety of designs and materials over an extended period of time.

Although internationally renowned for its unique, visually magnificent, and historically invaluable Tiffany collection, the Morse is more than a Tiffany museum. It is also a treasure house of American decorative art from the mid-19th century to the early 20th century, with especially rich holdings in the area known as Arts and Crafts.

Of particular interest is the Morse’s extensive American art pottery collection, which now numbers over 800 examples, including almost 500 Rookwood pieces. The Arts and Crafts movement sought to give America-which had been overrun with badly designed and poorly made mass-produced products-a new world of handcrafted beauty. The Arts and Crafts group also includes works by Gustav Stickley, the Roycrofters, and others.

The collection of American decorative art is supplemented by contemporaneous European examples of glass and ceramics. Works by European artists such as William Morris, as well as examples of 15th- and 16th-century stained glass, provide context to our leaded-glass holdings. Other European works in the collection include glass, jewelry, ceramics, and metalwork by Emile Gallé, René Lalique, and Carl Fabergé, plus examples of furniture by Gallé and Louis Majorelle.

The Morse’s holdings further extend to diverse objects that are of interest because of their relevance to other groups in the Museum’s possession. These collections, ranging from 1850 to 1990, include carnival glass, metalwork, textiles, and costumes. Finally, the Morse maintains a collection of outdoor commercial signs of modern American design from Central Florida. 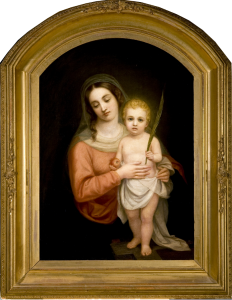 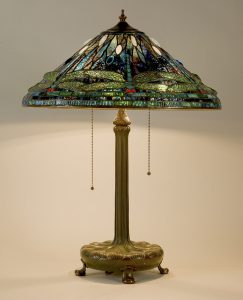 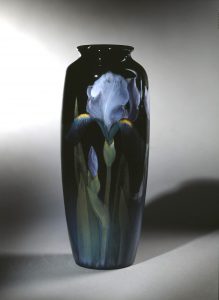