Discover the world of four American furniture makers in this three-part series—from Gustav Stickley (1858–1942), a well-known proponent and practitioner of the Arts and Crafts movement, to Charles (1907–78) and Ray (1912–88) Eames, celebrated industrial designers known for their mass-producible furniture.

Eames: The Architect and The Painter (84 minutes)

In this six-part series, English architect George Clarke (b. 1974) takes viewers on a tour of some of the homes, gardens, and properties cared for by the National Trust in Britain. Mr. Clarke had behind-the-scenes access to many of these sites due to the COVID lockdown in 2020.

Learn all about the life of Vincent van Gogh (1853–90). The series begins in van Gogh’s hometown of Zundert, Netherlands, traces his path to becoming an artist, and describes his evolution as an artist. 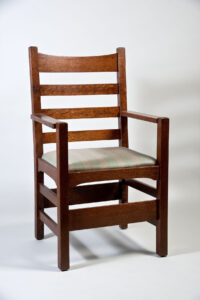