Heinigke is frequently mentioned alongside Louis Comfort Tiffany (1848–1933), John LaFarge (1835–1910), and other leading glass artists of the period although he espoused an approach to window making that was virtually polar opposite to Tiffany’s, and he never realized Tiffany’s level of international success.

Like most important designers associated with the Arts and Crafts movement, Heinigke pursued many media and multiple artistic goals simultaneously. Doubtless influenced by his father, young Otto took up painting and trained formally at the Brooklyn Polytechnic Institute. By the 1870s, his design work also included textiles and books. Eventually he turned to mural painting, and Heinigke became an active member of the Society of Mural Painters. By 1890, he had formed his partnership with Bowen, who had worked with both LaFarge and Tiffany, and his glassmaking career was under way. A visit to Europe in 1896 cemented Heinigke’s interest in traditional medieval stained-glass techniques.

The drawings and watercolors in this exhibit extend from illustration to landscapes, genre scenes, and figurative images that demonstrate Heinigke’s sensitivity to color, light, and nature. They also reveal a particular passion for figures and detail perhaps inherited from his miniaturist father. In any case, this suggests why in his windows, he favored the extensive painting of glass in direct opposition to Tiffany’s complete commitment to the glass itself as a means of expression.

Whatever their links to glass and to the art of their time, Heinigke’s watercolors are a delightful diversion, an absorbing group of images, and a rewarding experience on their own merits 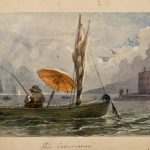 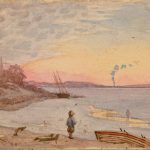 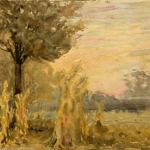 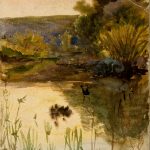 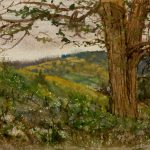 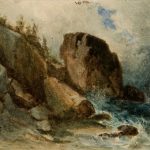 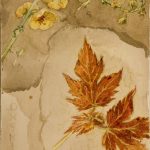 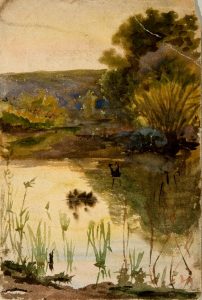