More than a simple record of a person’s appearance, a portrait conveys the social and psychological attributes as well as the character and personality of the subject. Traditionally associated with aristocrats and great wealth, portraiture gained broader appeal through the eighteenth and nineteenth centuries with the development of a professional class. Painters like William Merritt Chase (1849–1916), Gilbert Stuart (1755–1828), and Robert Henri (1869–1929) created interpretive renderings of their subjects with inimitable styles that brought celebrity to the artists themselves. Clients sought out artists for their approach to portraiture.

By the 1880s, the dominance of the conventional oil-on-canvas medium was challenged by the new technology of cameras and film. Photography appealed to a clientele who embraced modernity. Photographers like Jens Rudolph Matzene (c. 1870–1950) capitalized on the relatively quick process. Photographs, catering to businessmen and socially prominent figures, had the additional benefit of being suited for use in newspaper society columns. Regardless of the medium or tradition, the portrait captured the qualities of a sitter through the skilled interpretation of an artist—whether painter or photographer. 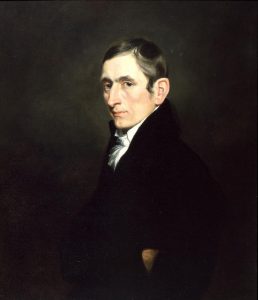