The vignette, a red-walled room laden with carpets and pillows, showcases about two dozen objects inspired by such exotic places as Japan, North Africa, Iran (Persia), Turkey, Algeria, India, and China. The selection includes works designed by Tiffany Studios, Rookwood Pottery, as well as European artists of the period, both known and unknown. Among the highlights are a six-shade Moorish electrolier, after 1903, by Tiffany Studios; a ceramic vase, c. 1879-1890, by British designer Christopher Dresser; and a silver-decorated copper vase, c. 1880, by silversmith and Tiffany & Co. designer Edward C. Moore.

In the 19th century, technology, trade, and politics opened exotic locations to both travel and the imagination. In homes and galleries, imported objects from exotic lands mingled with European and American versions of Oriental art, designs, scenes, and life. By the end of the 19th century, Orientalism was everywhere, and its influence eventually permeated popular culture as reflected in the Camel cigarettes packaging, the introduction of Turkish tobacco products, and such phenomena as “Sheik of Araby” sheet music and “Egyptomania” films. 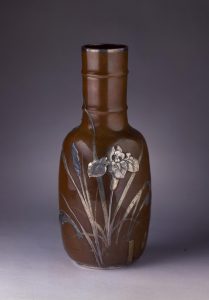 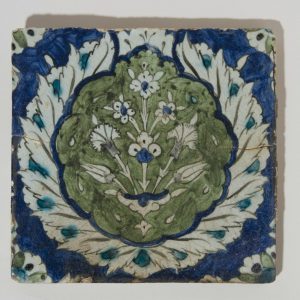