Tiffany, who traveled broadly, was unceasingly engaged with his visual environment, recording his impressions with camera, brush, and pen. These paintings and photographs provide an intimate portrait of a man moved by the simple beauty of everyday life—farm scenes, children playing in the surf, and boats on the Hudson River.

Tiffany began his long and spectacular career as a painter and continued painting throughout his life. The artist also embraced the relatively new invention of photography enthusiastically. Some pieces here reflect the exotic places that proved so influential in his work in the decorative arts. Others were captured on family outings. Some inspired grander works but most of them likely emerged from Tiffany’s impulse, if not compulsion, to express the whole of his being in art without regard to future development or marketability. They are moments and meditations rife with the spontaneity and creative energy that so marked Tiffany as an artistic force in design. Each of them embodies Louis Comfort Tiffany’s poetic spirit, richly rewarding the viewer who can through them share some of the artist’s impressions of life and experience.

Photographs included in this exhibition are part of the Museum’s collection of images captured by Louis Comfort Tiffany to use later in his artwork. The ownership stamp—Louis C. Tiffany—often can be found on the mats around the images, identifying them as photographs taken during his travels as early as the 1870s.

As the artist’s photographs grew in quantity, a number was added to the mat for filing purposes, and they were incorporated into a broader collection maintained by his companies. In this way, Tiffany’s personal pictures, impressions always artfully composed, continued to be an essential part of the creative process for decades.

Tiffany was one of the earliest artists associated with the relatively new medium of photography, and most of his images are albumen prints. The albumen print was a popular form of photograph produced between the 1850s and 1890s. Improving upon the earlier salt print, albumen—or egg white—added a sheen to the surface and a wide range of tonal variation.

The Morse Museum’s archive of Tiffany Studios study photographs encompasses thousands of images, and these are likely only a fraction of the original collection. The Museum acquired the photographs from a glass studio that had probably purchased them from the Tiffany Studios bankruptcy sales in the 1930s. 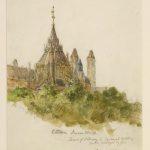 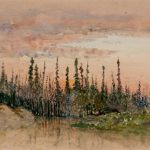 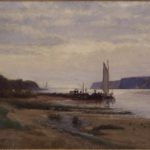 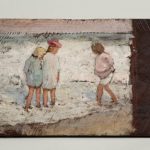 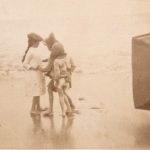 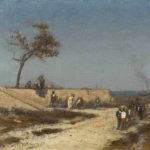 Fruit Vendors under the Seawall at Nassau, New Providence, 1872 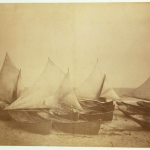 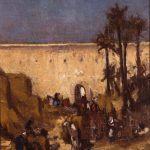 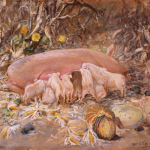 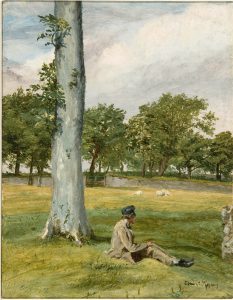 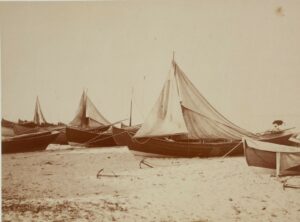