“The Artist is a Telescope”: Charles Herbert Moore and the American Pre-Raphaelites - The Charles Hosmer Morse Museum of American Art
Skip to content
Back to Lectures & Talks

How do we perceive the world around us? British critic John Ruskin (1819–1900) famously championed “truth to nature,” encouraging artists to convey their observations as truthfully as possible. This talk charts Ruskin’s influence on a group of American artists in the mid-to-late nineteenth century who called themselves the American Pre-Raphaelites. Dr. Anderson will highlight outstanding examples of their work and discuss its significance in light of changing ideas of vision, perception, truth, and the self, focusing on the art of Charles Herbert Moore (1840–1930), who became the first director of Harvard University’s Fogg Art Museum 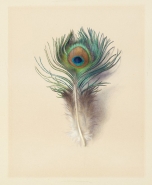