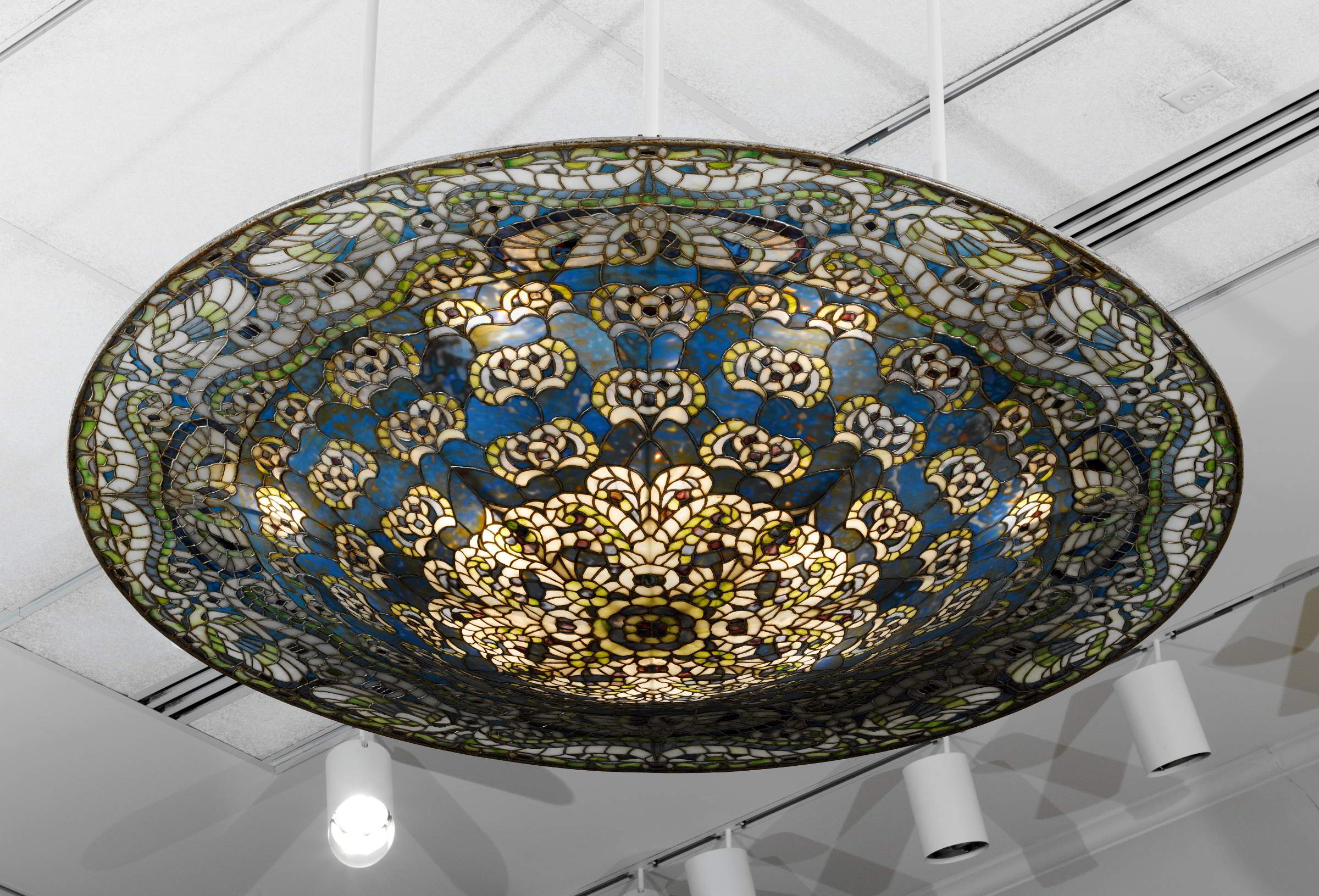 Before it came to the Morse, the massive leaded-glass ceiling shade from Louis Comfort Tiffany’s dining room at Laurelton Hall spent time on the West Coast in the collection of actress Marion Davies (1897–1961). Davies purchased the fixture in the Tiffany Foundation’s 1946 auction of objects at Laurelton Hall. A few years after Davies' death, the Museum was able to acquire the shade as an essential piece in its collection from Laurelton Hall. Davies, a Brooklyn native and comedic actress in silent and early talking films, is remembered mainly as the longtime mistress of newspaper magnate William Randolph Hearst (1863–1951). Davies in her heyday, however, was also known as one of Hollywood’s premier hostesses and a philanthropist who established a children’s clinic.

The dazzling shade is five-and-a-half feet in diameter, made of more than five thousand individual pieces of glass, and weighs about a hundred pounds. The fixture is installed at the Morse much as it was in Tiffany’s beloved mansion, filtering light onto Mazarin blue carpets that repeat the shade’s complex design of arabesque and bird motifs. The ceiling shade with its blue and green hues is yet another testament to the brilliant unity of design that made Laurelton Hall such a showplace for Tiffany’s talents at the turn of the last century.