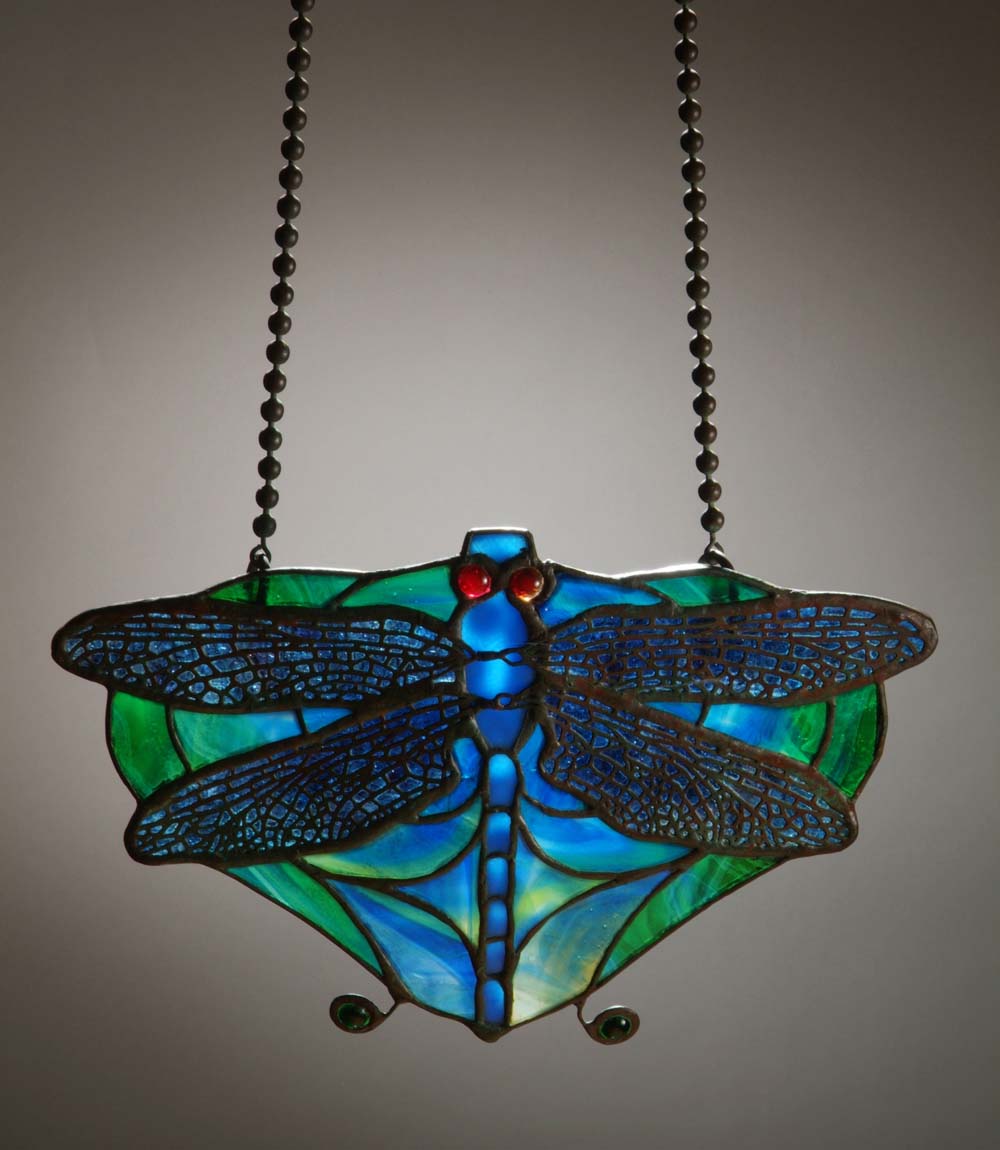 Hovering and gliding winged insects are commonly attracted to gardens filled with blooming flowers. Tiffany Studios, inspired by such insects’ flight, created decorative glass lamp screens. These screens were suspended from a long chain, which was attached to the finial, or topmost part of a lamp, and intended to hang just below the lower rim of a lampshade. The insect designs—a moth, dragonfly, butterfly, or, at rare times, a winged nymph—were paired with garden-themed shades to soften the light from the harsh lightbulbs of the lamp.

Sold as fancy goods, the lamp screens were made in the same way leaded-glass windows and lampshades were—by employing the keen eye of the glass selector to imagine the glowing colors of each insect. Glass sections were then cut to shape based upon patterns made in copper, so that they could be used in repetition, and joined together using a copper foil technique. In addition to a dragonfly lamp screen, the Museum also has an example of its copper pattern from the family of Tiffany Studios workman Henry Salzer (1879–1943).