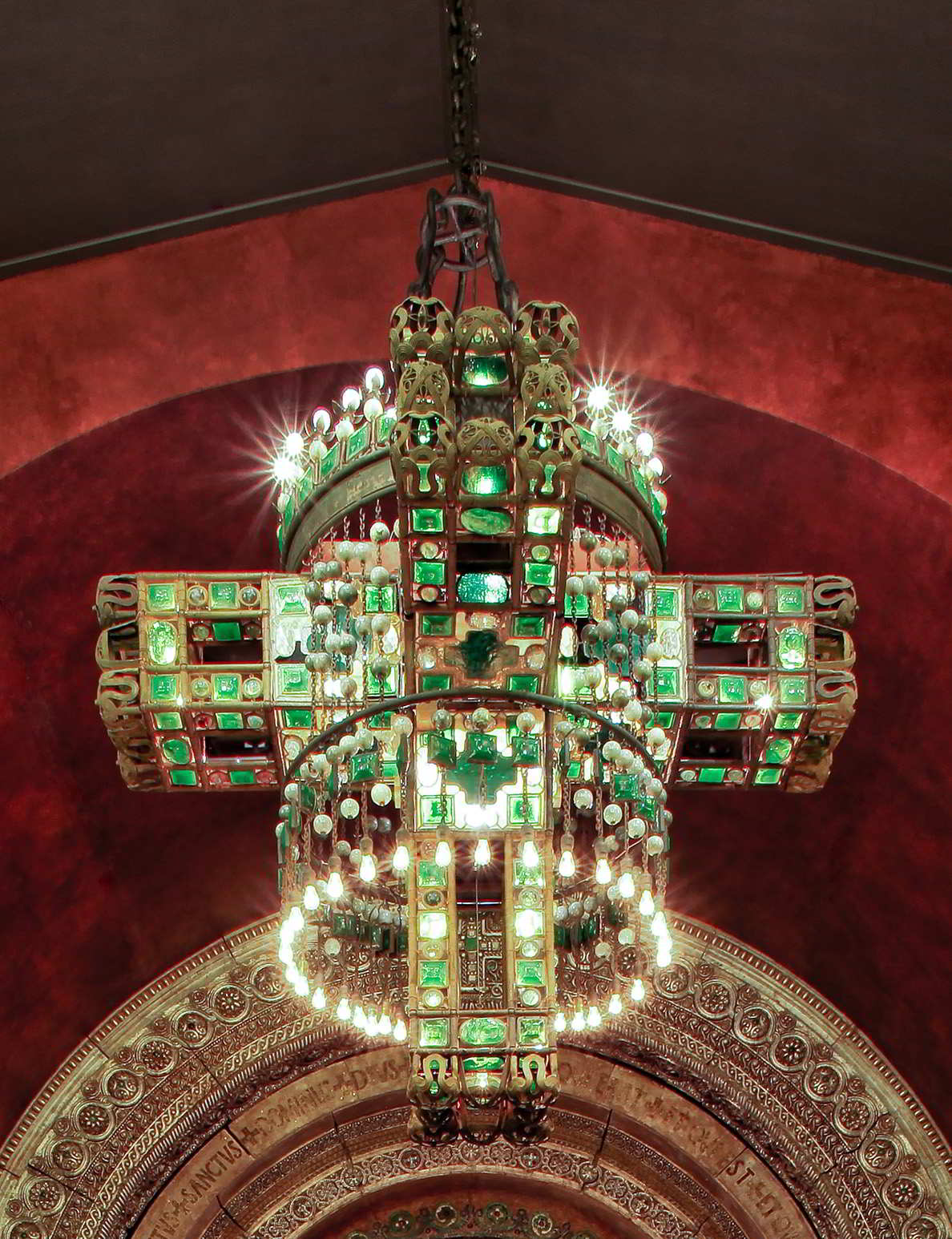 The massive cross-shaped “electrolier” in the Tiffany Chapel at the Morse is one of its most powerful elements. Weighing approximately a thousand pounds and measuring ten feet in height, this lighting fixture is comprised of cast metal and green turtleback glass—so called because the mold in which it is cast resembles a turtle’s shell. It could easily stand as an individual work of art. Instead, however, it serves in harmony as part of Louis Comfort Tiffany’s (1848–1933) intricate 1893 chapel, which includes leaded-glass windows as well as sixteen columns, an altar block, a baptismal font, and a reredos, all covered with small glass tesserae. Though housing more than two hundred eleven-watt light bulbs, the electrolier’s purpose in Tiffany’s design is more aesthetic than practical. This ancestor of the famous Tiffany lamp is an illuminated sculpture, and like those both large and small that would follow, it was meant to introduce electric light into a room as a source of beauty rather than distraction.